High-Hanging Fruit will inspire anyone for whom grabbing the low-hanging fruit is not an option. Zico Coconut Water founder Mark Rampolla argues that you can build a great business when you choose to reach higher.

Mark Rampolla is the GT Dave of coconut water — single-handedly launching a new beverage category. Unlike GT, he wasn’t a teenager filling bottles in his mother’s kitchen. He was a successful executive with a six-figure salary and a young family based in Latin America. Living there, he discovered there was a well-developed infrastructure for coconut meat and oil, but coconut water was mostly discarded as a waste product. Rampolla founded Zico in 2004 as a new category in the beverage industry and sold it to Coca-Cola in 2013. His book describes this journey in detail.

High-Hanging Fruit tells his story from inspiration through product development, launch, and distribution. He shares the challenges he faced, starting with a search for a 100% natural product with a new flavor profile. His laudable intention was to help the local communities where he sourced coconuts and have a positive economic impact across the developing world. Before he could do this at scale, he had to convince the drivers who controlled distribution on New York City’s mean streets to take him seriously.

Like those first bottles of Kombucha, Rampolla had first to define the new category and answer the unspoken question retailers ask: “Who will you kick off the shelf?” He shares insights into the environment all beverage companies exist in, where flavor houses, packaging brokers, co-packers, and other middlemen “were arguably the real success stories behind the new beverage bonanza.”

A key part of this ecosystem and one Kombucha producers well know can be difficult to navigate – distribution. By focusing on the metro New York area, he had to gain mindshare among the scrappy independent distributors who were Big Geyser route owners. This involved pre-dawn rides with the guys in the trucks, building in-stores displays at 3:00 am and handing out free cases to drive sales.

While coconut water wasn’t an easy sell in many settings, it was popular among early adopters in hot yoga studios and triathletes.  His fans here gave him the sense that Zico had its own momentum, and he worked hard to build a passionate base of these consumers in major metro areas.

So it’s no surprise that, like Honest Tea before him (as reviewed in SYMBIOSIS  Fall 2020), he courted Coca-Cola as an investor.  And bingo! Payday.

After  taking an initial $15 million minority stake in Zico, Coke purchased the company outright only to sell it back to Rampolla in January 2021 as they cut “unprofitable lines.” So the world turns.

This review originally appeared in the Winter 2020 edition of SYMBIOSIS – the Official Journal of Kombucha Brewers International. Print-on-demand and electronic versions of the magazine are available for purchase. 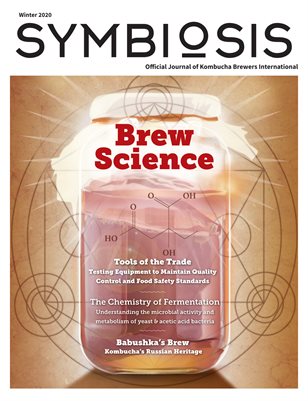