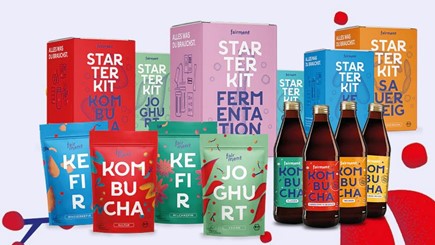 This is the third in a series of Profiles of Berlin-based kombucha brewers, which I scheduled around the weekend Kombucha Summit. I was not able to visit Fairment at that time, but on my return to California, I made contact with Paul from Fairment Kombucha and we spoke on the phone about his business.

Back in 2014, Paul Seelhorst and Leon Benedens were promoting the paleo diet at events around Germany. They brewed a small amount of raw kombucha to offer as refreshment at their convention when a distributor asked them to supply larger quantities. They founded Fairment in 2015.

They were immediately aware of some uniquely German barriers to success. There were almost no coolers in retail stores. Government regulations require they accept all used bottles for cleaning and reuse. They needed a bottle with a cap that would pop out if too much fermentation occurred. These barriers required them to find a suitable partner, which helped them launch. They broadened their product offerings and moved into online sales well before COVID. They now do most of their business online.

They held workshops on brewing, created a YouTube channel, and blogged — all to educate the German public about this new drink and fermented foods. They now host Germany’s largest online community for fermentation and kombucha brewing.

After rapid growth during the pandemic when home baking and brewing took off, they experienced a steep decline in sales 18 months ago. They almost went bankrupt but have stabilized, and sales are gradually recovering.

You can buy their kombucha in four varieties. Or buy their kits and brew your own. Fairment offers a starter kit for home brewing kombucha, yogurt, or kefir. They sell sauerkraut, sourdough, and vegan cheese. For those who want a quick fix, they have nutritional supplements to ensure a good gut feeling. These “super microbes” are a unique mix of spore-based bacteria that, in contrast to other products, can survive stomach acid and settle in the intestine for several weeks. There they promote microbial diversity for more well-being.

They help with the general maintenance of diverse intestinal flora.They advise taking two capsules daily with meals. The capsules retail for €34.90 for a month’s supply.

In addition to a wide range of instructional videos (in German), Paul has a background as a semi-professional rapper. Here is extolling fermented foods in a style you won’t have seen before!

If you think that’s good…this one is even better!

And then there’s this seasonal one…

Fairment videos have been watched over a million times, with the most popular gathering over 70,000 views.

They accept that the German retail space is not a welcoming one. The limitation on cooler space is a primary limitation. Paul speculated that it would take a brand like Pepsi, Coke, or a large beer brewer to underwrite refrigerators in retail stores, on which they could piggyback. Meanwhile, they continue to reach an ever-growing number of German consumers online.

Listen to the podcast to hear the story of Fairment in Paul’s own words. 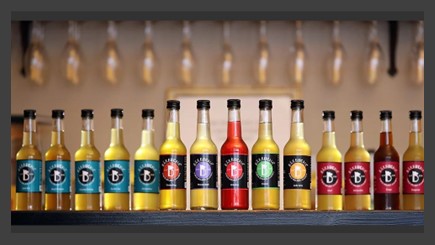 This is the second in the series of Profiles of Berlin-based kombucha brewers, which I scheduled around the weekend Kombucha Summit. Meeting a frequent contributor to Booch News and a legend in the worldwide kombucha industry was indeed one of...

I scheduled a full week in Berlin, where I reported on the Kombucha Summit over the weekend. That gave me plenty of time to connect with local brewers. This is the first of a series of Profiles from the trip.... 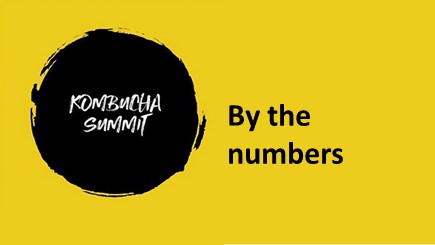 Kombucha Summit Berlin: By the numbers

Over 150 attendees from 39 countries attended the Kombucha Summit (KS22) in Berlin last weekend. The program listed 96 brands that registered and had been asked to state the volume of kombucha they brew per month. Survey participation An anonymous... 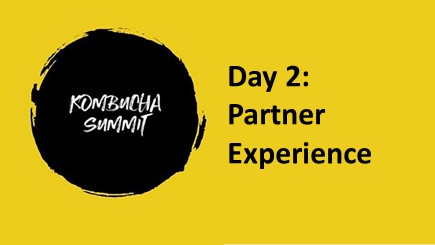 The partner sponsors of the Kombucha Summit exhibited at booths on the mezzanine level above the main auditorium. I spoke with each about their services, hear what they told me in this podcast. CDR Kombucha Lab The CDR KombuchaLab system... 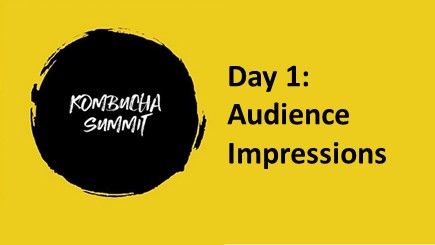 At the end of a very full day of conference presentations, networking, partner booths, refreshments at the kombucha bar and a great selection of lunch foods, I asked some of the attendees to share their impressions of the event. Listen... 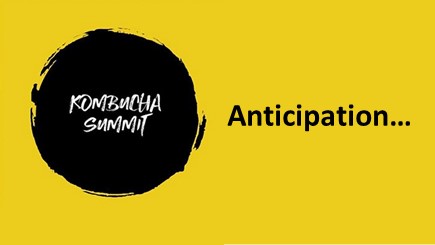 The Kombucha Summit 2022 (#KS22) kicks off on Saturday morning. On Friday evening I caught up with a few of the attendees staying in the Aletto Hotel across the road from the Kühlhaus venue. They’d come from the Netherlands, Latvia,... 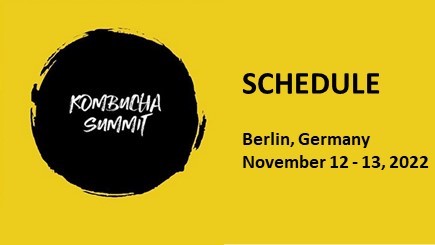 The schedule for the Kombucha Summit, being held over the weekend of November 12-13 in Berlin, Germany, has been published. €179.00 tickets are available at the Summit website. I’ll be giving a brief update based on the numbers in the... 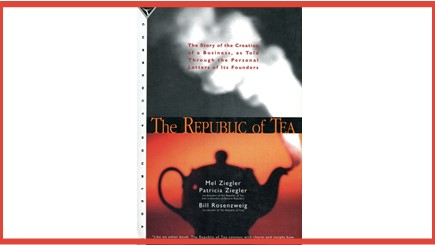 Book Review: The Republic of Tea

Billed as a “vivid and intimate look into the minds of three entrepreneurs,” The Republic of Tea was published in 1992–before GT Dave even brewed his first batch of kombucha! It covers the gamut from ideation to writing a business... 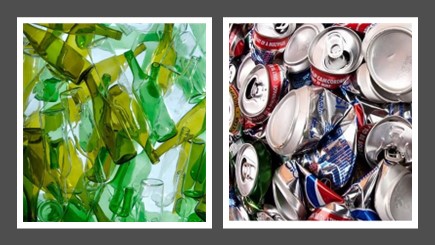 Cans vs. Bottles: The Environmental Impact

Wine connoisseur Janis Robinson makes the case for cans as an environmentally friendly alternative to glass bottles in the Weekend edition of the Financial Times, noting that “Canned wine seems to be moving rapidly from convenient novelty to a category...

This is the third in the series of Booch News posts telling the stories behind new commercial kombucha brands. The inspiration for ‘Starting Out’ was NPR’s ‘How I Built This‘. Every kombucha company launched their brand in a unique way,...