One thing that’s become apparent is the extent to which kombucha as a beverage is trending worldwide. This has most clearly been the case in the United 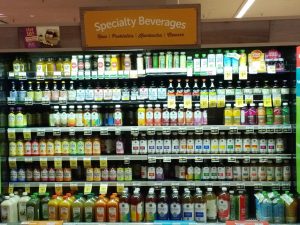 States. When I started drinking kombucha seven years ago, I could only find it in natural foods stores like Whole Foods. It’s now available in almost every supermarket and many convenience stores.

My local Safeway stocks a respectable amount. This is in a city that’s one of the most diverse in America, and is certainly not a town filled with the yoginis and tree-huggers who were the early adopters of the drink!

As a Google search term it reached peak popularity in the U.S. in January of this year, double what it showed just two years before. Go back to 2011 when I discovered it and there were only a quarter of the number of searches for the term as there are today. 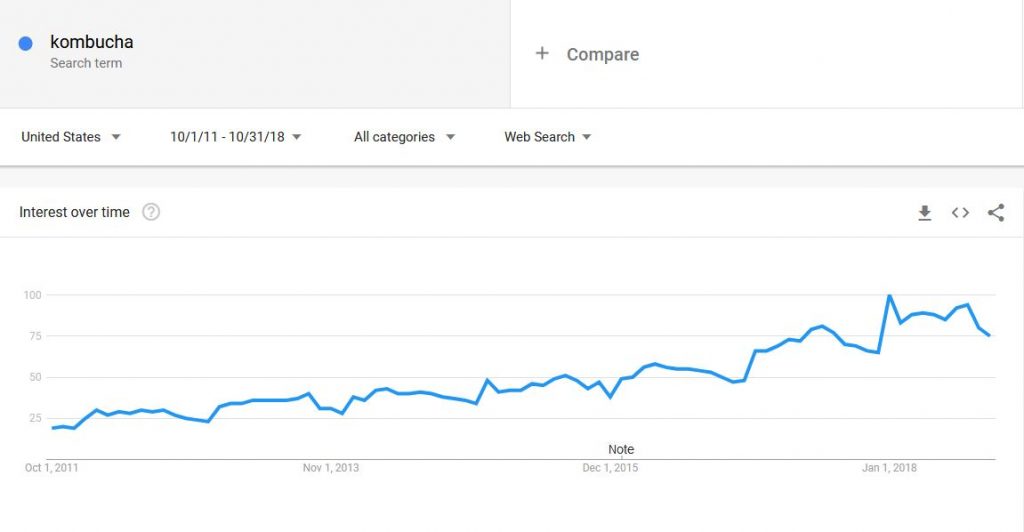 Not surprisingly, the state where people are most curious about kombucha is Oregon. In Portland people quaff an incredible 78 times the national average. (Politically, it certainly looks like a blue state beverage!) 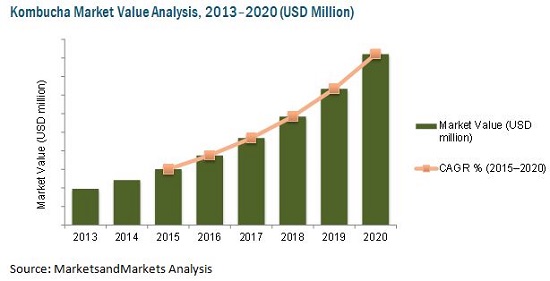 Indeed, Square, who make those white point-of-sale terminals, show a dramatic increase in the volume of kombucha sold in cafes and restaurants. Their data shows that kombucha sales are up by more than 12 times from three years ago. In 2014, kombucha sales on Square across the country were only $48,000. Fast-forward to June of this year, and that number is now $600,000. (Keep in mind that the number of Square sellers has also grown over this period too). 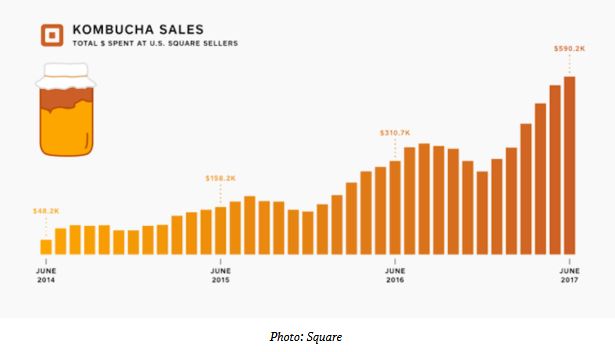 The most common search terms in Google, after the generic ‘kombucha tea’ are about the benefits, how to make it, what it is and what the mysterious ‘SCOBY’ is all about. 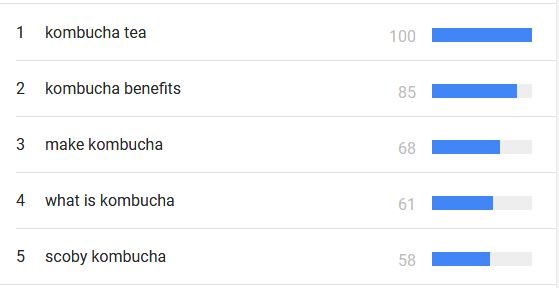 The editor of the publication Beverage Industry, reports that kombucha sales have increased 10-fold since 2011:

In fact, in Beverage Marketing Corporation’s (BMC) infographic of the shifting beverage landscape, kombucha sits near the top of high-growth, high-value beverages for the 2012-2017 time period, surpassing coconut water, hard cider and almond milk…BMC’s proprietary DrinkTell database estimates that the kombucha category rose to just less than 24 million 192-ounce cases in 2017, nearly 10 times the volume of 2.8 million cases in 2011.

Where do we go from here?

While the United States has seen a dramatic increase in the availability of the drink, we’re nowhere near saturation. Ask yourself, how many people do you meet who’ve not yet heard of kombucha, let alone tried it, or developed a taste for it and an appreciation of the health benefits? The pie will keep getting bigger as the backlash against sugar-laden sodas spreads.

Soda consumption in the U.S. has slipped every year for more than a decade. It’s not just sugary drinks that have taken a hit. Diet soda sales have fallen faster as Americans have increasingly looked to organic, natural, and healthier foods and drinks for their diets. Cola is so last century. Kombucha is a great alternative.

What about the rest of the world? Outside the U.S. there’s an even greater upside. I’ve just returned from a month on the trail of kombucha in the U.K. — I’ll be blogging about what I saw and tasted there next.