In my last post I reported on what I’d seen about the ‘booch scene on recent visit to the U.K.  I noted the availability in High Street shops and the surprising amount of the drink that’s imported into Britain from as far away as Oregon and Australia (green footprint be damned?)

During my visit, I also enjoyed sampling kombucha in specialty health food shops, restaurants and cafes, pubs and airport terminals.

While there’s nowhere near the availability we enjoy in the States,  the kombucha scene in Britain is changing rapidly.  If you have updates on new outlets for ‘booch send me an email or leave a comment below.

First sold in the USA in health food shops, kombucha then moved into the mainstream. It’s no different in the UK. Today, the  main UK supermarkets only stock a very limited selection. But the natural food shops and cafes I visited in England and Scotland carry a much wider variety.

I found a great deal on  Go Kombucha brewed down in Sussex at the Liv Food Market in Liverpool. It was only £4.99 ($6.50) for a large 750ml bottle. Their Red Pu Eh is appropriately bold & earthy as it’s sold on Bold Street! They also carried Jun from Manchester-based Loving Foods — an increasingly popular alternative to kombucha that uses honey for fermentation.  It was on offer at £3.29  ($4.28) for a 330ml bottle. 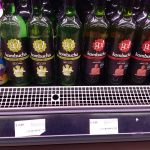 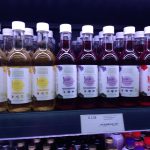 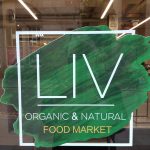 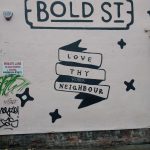 I enjoyed my first taste of the high-end brew Real Kombucha from Wendover in Bucks at James Koch’s new Suncraft Cafe on the Gloucester Rd in Bristol. It was £3.50 ($4.55) for a 330ml bottle. They also stock London-based Wild Fizz Kombucha for the same price. 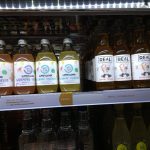 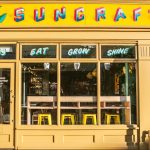 One of my favorite breakfast places, whenever I’m in London or New York (he said, channeling his inner Tyler Brûlé) is Le Pain Quotiden. The Borough Market location stocks SynerChi Kombuch  from Co. Donegal, Ireland in three flavors. Just the thing to compliment a tasty pastry! 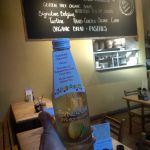 Across the street from Liv Foods in Liverpool, Leaf offered  a palate-clearing Dry Dragon from Real Kombucha. The only thing I’d change about this welcoming cafe & tea emporium that’s a real community hub is their slogan. How about Where there’s kombucha there’s hope? 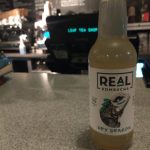 Remedy Kombucha — imported from Australia  — is available at  Balance  across Waterloo Rd from the Young Vic on Lower Marsh Street. 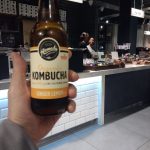 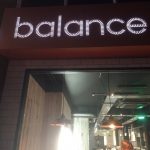 Britain, unlike post-Prohibition America, has a thriving pub scene. Kombucha brewers like Left Field and Real Kombucha are brewing unflavored, single tea strain,  ‘booch suitable for distributing to pubs in kegs. I enjoyed a foaming pint of No. 2 Sencha Green  at Atelier in Berwick-on-Tweed, just down the road from Left Field’s Eyemouth brewery. 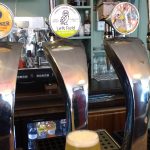 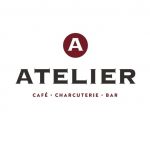 Greene King pubs have just announced they will stock Australia’s Lo Bros Kombucha at a price of £3.40 for a 330ml bottle.

Real Kombucha, will soon be rolled out in 320 Fuller’s pubs. In less than a year, Real Kombucha has reached almost 50 Michelin-starred restaurants, almost 300 top hotels and 55 Laines pubs.

I was delighted to discover kombucha being brewed at the Resbite Cafe in Bristol’s Old Town near the St Nicholas Market. They serve organic vegan and gluten free foods and even have a small hydroponic garden at the back of the shop. The ‘booch I sampled was delicious and came in a half-dozen flavors. It’s offered at the low price of £1.30 ($1.25) for a medium glass and $2.00 ($2.60) for a large glass.  Not sure which flavor you like? They’ll pour you a generous taste to help you decide. 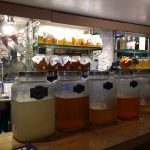 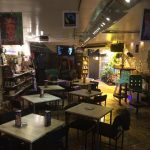 As I was waiting for my flight back to San Francisco in Terminal Two at Heathrow I spotted LA Brewery ‘booch (from Suffolk, not California!) on sale at the Leon Naturally Fast Food cafe. Look for the red bull and pick up a couple of 300 ml bottles for £3.45 ($4.50) before you board. It’s a great alternative to the sugar-laden sodas the airlines serve. Flying to LA? Taking along some LA kombucha would be a no-brainer, wouldn’t it? 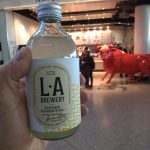