After a couple of  weeks of determined searching, Boochnews has identified nearly 300 Kombucha-related Twitter accounts. Some of these are inactive, some are followed by a mere handful of people, and some are natural food and fermentation organizations. Ignoring these, we reviewed active accounts from pure-play Kombucha brewers around the world. 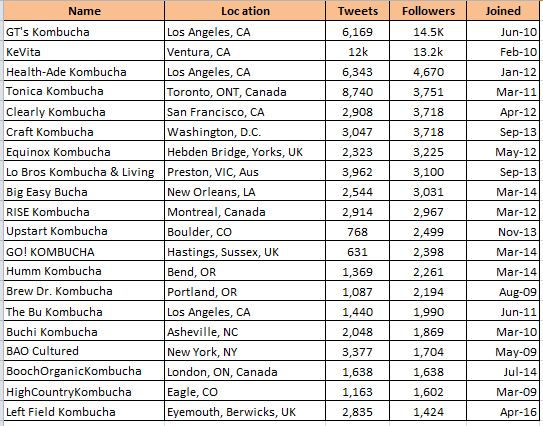 It’s obvious that the two biggest companies far outrank the rest. Both GTs and KeVita have over ten thousand followers each. Health-Ade is a distant third behind the two leaders. Economists might say this is evidence the market is a duopoly. Will ‘booch be another soda market, where there’s Coke, Pepsi and “the rest”?

Over half of the 285 companies we follow have under 500 followers. However, when it comes to Kombucha on Twitter, size isn’t everything. There’s the well-known risk of ‘fake’ or ‘bot’ followers. This isn’t such an issue for the Kombucha market as it is, say, for Republican politicians. Certainly, the two leaders have mostly clean accounts according to an independent audit.

(Hint: Sign up with an auditing agency to block fake followers.)

Better than amassing a large number of followers, especially for companies with a niche, is focusing on attracting active Tweeters in your region or market. Take a look at Left Field Kombucha, located in the Scottish Borders region of the UK. They’ve won over influencers such as a Scottish politician (11k followers); a Health & Wellness media channel (42k followers); a UK Health Food magazine (5k followers); plus many similar accounts. Their message is amplified whenever one of their followers retweets (RTs) their postings.

One way to boost the number of Followers is, naturally, to Follow others. There’s a generally accepted rule that it’s best to have more Followers than your account Follows. This is known as a positive ratio.  Like it or not, when you follow someone on Twitter, that is a very quick and easy way to get on their radar. However, (as the newly created Boochnews account shows all too clearly) just because you follow someone is no guarantee they’ll follow you back.

For the record: Boochnews follows over 250 accounts to tap into the news stream. If we were starting a brewing company we’d be much more focused.

Take a look at Colorado-based High Country Kombucha. They’ve an almost exact balance between the numbers of followers and following. They’re following local natural foods markets; major players like GTs and Kevita; and regional businesses who most likely appeal to their customers.

On the other hand, Brew Dr. Kombucha have a more typical 3:1 positive ratio of followers to those they follow. Kevita has a similar ratio. But the market leader, not surprisingly, has a dominant 45:1 ratio.

Incidentally, if you want to find out who follows who without scrolling through endless lists, simply go to DoesFollow and punch in the names. (I still remember the thrill when I saw my speechwriting and public speaking account attracted the attention of the then President of the USA.)

There must be others. Suggestions, please. Send me an email or leave a note in the comments below.

There’s a wide variation in the volume of tweets sent by the top 20. Some might argue it’s better to spend time brewing ‘booch than tweeting. But if ‘booch is brewed in the forest and no-one hears about it, does it really exist?

However, more tweets, as with more followers, do not guarantee a high profile. The numbers show that Kevita tweets twice as much as GTs yet has fewer followers. Tonica pumps out the most tweets and is one of Canada’s leading brands.

A report on the last 30 days tweets on the hashtag #kombucha shows well over half of the thousand-plus tweets by 680 people have pictures or links; a third are RTs. 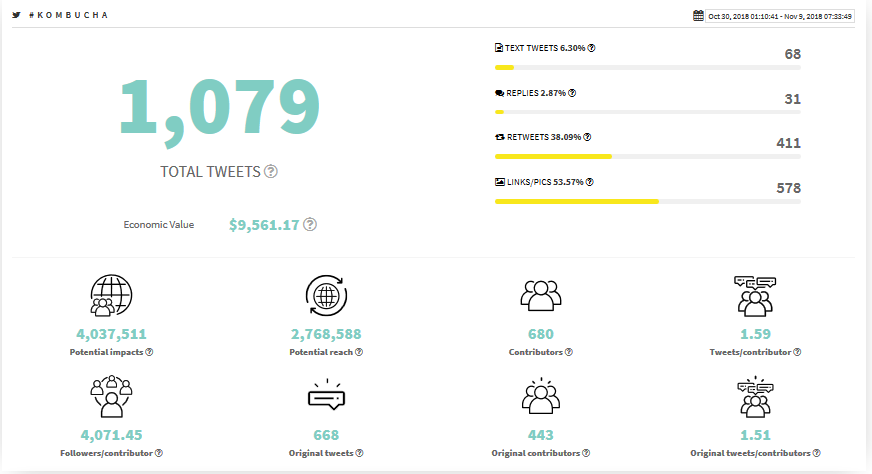 Without exception, all the brands use Twitter to showcase their products. These tweets often contain photos and, as with Instagram, there’s are certain common themes: happy, healthy, attractive young people, usually outdoors, drinking Kombucha 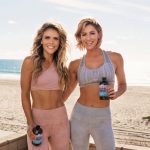 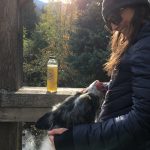 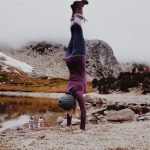 or the bottle in the hand (worth two in the bush?) 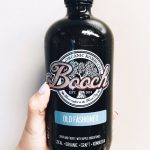 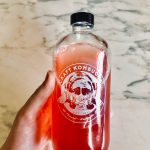 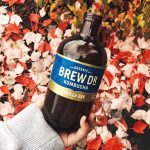 soft-focus close-ups of the bottles, or lines of the product on the shelf: 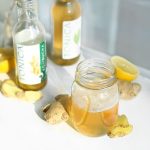 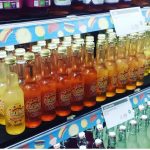 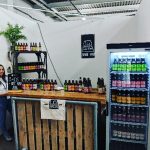 While posting variations on these images is probably unavoidable, there are some outstanding examples that do more than showcase the product in hackneyed settings.

GoKombucha RT’d an image that highlights the results of a Twitter Poll. 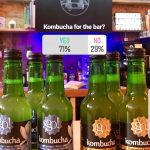 High Country Kombucha insert a link to an article that contains an image which headlines a topic. 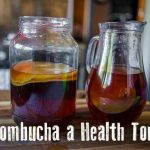 Perhaps the best use of images are where the brand is not just promoting the drink in an abstract way, but tying into a campaign, as with the current #LivingInGratitude from GTs 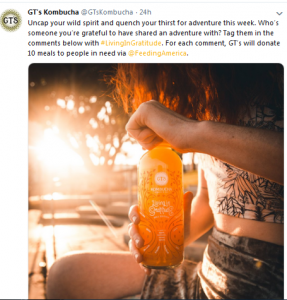 and Real Kombucha’s give-away for followers who tag their own post. 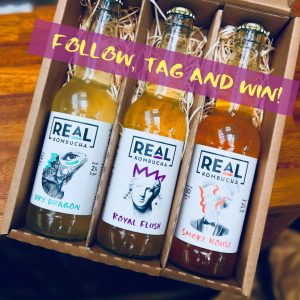 It’s way more powerful to use Twitter to engage your social media fans in a conversation than just use it as a megaphone to announce your products (Look at Me! Look at Me!).

Here’s a couple of examples of a  brand in dialog with kombucha drinkers.

GTs listen to customers on Twitter and respond to their concerns. 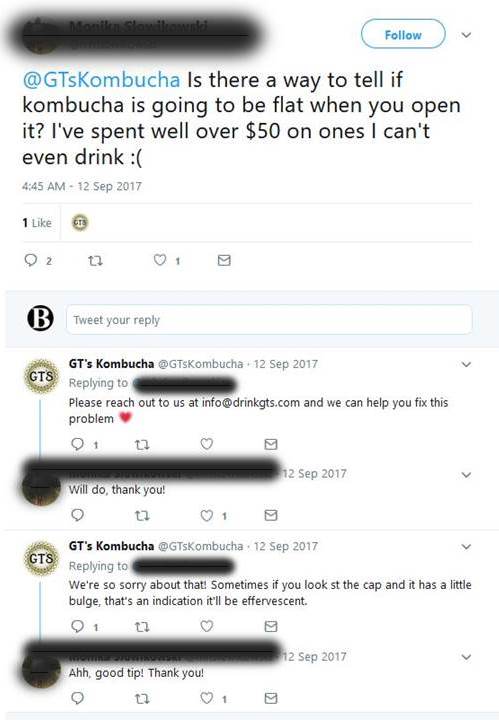 Health-Ade took a humorous approach to a common problem. 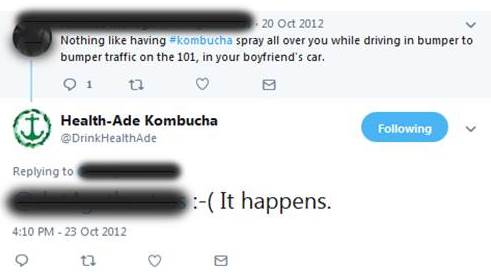 As much as Twitter contains product info and links to articles of interest, it pales in comparison with Instagram in popularity with the Kombucha .demographic. In my next post, I’ll report on the top 20 Instagram accounts among those Boochnews follows. I’ll then dive into Facebook to complete the review of the virtual world of Kombucha Social Media.

Here’s a taste of what to expect in terms of the popularity of the three platforms.

The content of this article is accurate to the best of our knowledge and is presented for general informational purposes only. The opinions are those of the editor. Please send corrections or questions to ian@boochnews.com. Comments are welcome.