“In no other form of society in history has there been such a concentration of images, such a density of visual messages.”
― John Berger, Ways of Seeing
“One picture is worth a thousand words. Yes, but only if you look at the picture and say or think the thousand words”
― William Saroyan

We’re kicking off a new series on Booch News that looks at how kombucha companies portray themselves on Instagram.  Our team reviewed over 200 accounts and many thousands of images.  Distinct patterns in the types of pictures kombucha companies post quickly emerged. Over the next few weeks, we’ll look at Instagram pictures and analyze the common traits we found.

When we look at an Instagram picture, what we see is determined by our cultural context. The pictures that kombucha companies post to their Instagram accounts–often numbering in the hundreds–communicate the values of the company.

When the customer and the company share a common culture, the picture will get a ‘Like’. This Like reinforces that picture. The company then posts similar pictures. People with similar backgrounds and values like them. Around & around  it goes.

Crossing the chasm is a challenge faced by companies that wish to grow beyond their early adopters. There’s a famous graph from the tech industry popularized by author Geoffrey Moore in his book Crossing the Chasm 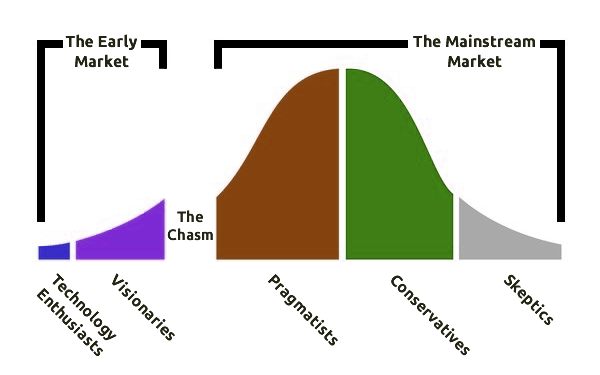 Many of the enthusiasts and visionaries who took to kombucha early on were into natural foods, veganism, yoga and more. The pragmatists and conservatives who form the bulk of a potential mainstream market might learn to appreciate the benefits of kombucha for their well-being, but have no interest in assuming the Sarvangasana or any other asana.

While Moore’s book is about technology, the lessons are applicable to the kombucha business. He writes about a Catch-22 as companies try to cross the chasm and broaden their appeal to mainstream customers:

Companies should ask “Do the pictures we post on Instagram serve as suitable references for newer, more mainstream prospects?” Or do they solely reflect the culture of their early adopters? Now, this might well be the kinds of people they only ever want to sell to. A local ‘Ma and Pa’ operation selling ‘booch at farmers markets and a few local food coops might not want middle-aged, overweight, carnivores sipping their brew. A company with bigger goals should consider if the mainstream consumers see themselves in the images they post.

A Lack of Diversity

Our research shows there’s a stunning lack of diversity in the pictures most kombucha companies post to Instagram. 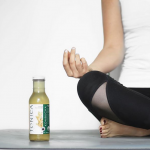 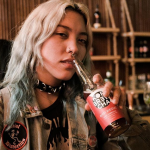 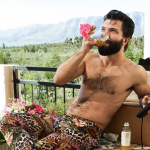 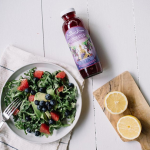 Of course, there are exceptions. Look hard and long enough and you’ll find some diversity. A few people of color. A scattering of older people. Almost none of the actual customers who are actually buying kombucha in Safeway, Krogers or WalMart across America, and Waitrose or Sainsbury’s in the UK.

Some might argue that the youth culture many ‘booch companies embody on Instagram works. Pictures of attractive people appeal to everyone. We like the eye candy. The rest of us might not be svelte yoginis, but we can aspire to that lifestyle by drinking the same drink as they do.

These aspirational customers see the kombucha brands as badges for their own identity and the tribes they want to belong to, often co-opting the vision, beliefs and values of their favorite brands to define themselves, their behaviors and actions. Kombucha companies become vehicles for realizing their customers’ aspiration to a healthy lifestyle, even if their actual life has no resemblance to that shown in the shiny Instagrammed world.

Show Me the Product

However, most pictures on Instagram feature the product itself, not people or food. But even those pictures have an eerie consistency. Across companies, there’s a sameness to the posts.

Here’s a small sample. In future posts we will examine more of these type of images. 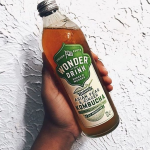 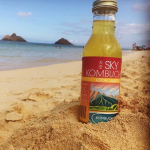 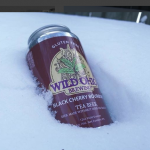 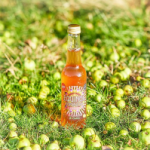 There’s more variety than pictures taken on the beach, in the snow or nestled in a flower bed. There are lots of bottles grasped in hands, arrayed on shelves and photographed accompanying food. These are among the major categories we found across the majority of Instagram accounts.

Refreshingly, there are exceptions, as we’ll show in future posts. There are plenty of creative, amusing, and inspiring images. There’s also fascinating pictures of the brewing and bottling process: SCOBY’s *this* big; stainless steel and oak fermenting tanks; labeling machines; draft kombucha pumps. And much more.

Semiotics: Not Just for Nerds

se·mi·ot·ics: the study of signs and symbols and their use or interpretation.

The Evans and Shivakumar paper unpacks the research used by international beer companies opening up the Russian market, where the cultural connotations were with non-alcoholic beer known as kvass. In other words, before they could introduce beer the West consumed, they had to overcome the association that many Russians had with the term “beer” equaling what we call kombucha! This challenge might be experienced in reverse by companies brewing hard 7% abv ‘booch wanting to appeal to a predominantly alcohol-free community.

As the paper shows, there’s a history of established drinks companies (beer and spirits) employing semiotics to launch brands in new cultures. It could be that as the market for kombucha grows, companies will have to undertake some level of semiotic analysis to broaden their appeal beyond the youthful early adopters. Believe it or not, there actually are companies that provide this service.

People don’t consume brands, but what they represent — their meanings. This means the symbolic representation of their own needs, wants and desires to signify what’s important to them internally (value systems, integrity, identity) as well as projected towards others (status, social valorisation etc.).

The intangible is quickly becoming the new tangible in marketing. The whole idea of shifting perspective from the obvious and tangible (products and services) to the ephemeral and intangible (signs and meanings) will be one of the most fundamental changes in the future of marketing.

Therefore, the primary task of brand leaders and marketers today is to offer their customers relevant meanings rooted in the world that they live in and can identify with on a personal, emotional and cultural level. This multidimensional view of brands as the ‘cultural systems of value’ opens up a whole new window to brands being managed on the basis of their meaning. This also means that semiotics and cultural strategy need to gain a more central and prominent role as the new core practices of brand management.

Some Semiotic Questions to Answer

Instagram pictures are laden with signs and symbols. When we look them we see how they help communicate the ‘story’ of kombucha.

Effective Instagram pictures serve to promote the product. They should grab our attention, create impact, and stimulate interest by conveying a main selling point of the brand. Visuals perform two main functions – literal and symbolic. Literal visuals provide factual information on the product. Symbolic visuals–which are most of those found on Instagram–perform an indirect role. They connect the images of the product with the meanings that are assigned to them. Which meanings? To understand these we need to ask:

While the picture might “just” be a bottle of kombucha, it might also, indirectly, reflect such attitudes such as sexism, alienation, stereotyped thinking, conformism, generational conflict, loneliness, elitism, and so on. Are these attitudes that we might be concerned associating with our brand?

Visual imagery is used to command attention, stimulate curiosity, demonstrate product features and benefits, establish a personality for a product. People looking at the pictures will come to associate the product with certain symbols and lifestyles and anchor the brand identity in their minds.

Look at the image your company curates on Instagram. Are you focused on growing into new markets or serving the early adopters who got you to where you are today?
In future articles, we’ll take a look at what people see when they look at kombucha companies postings on Instagram.

Meanwhile, if you have any questions or comments about this Booch News analysis, or have a favorite Instagram picture to share, please leave a comment below.